The Foundation and Fireplay by Steve P. Vincent 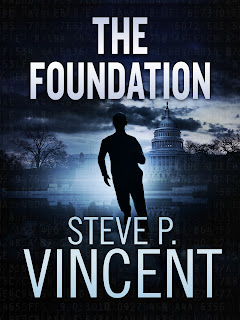 So I just got a signed copy of The Foundation by Steve P. Vincent. Why is this so rad? Well, I had the privilege of interviewing Steve last year on the eve of the release of this debut novel. The interview was published in Infusion 51. His website and a link to the interview can be found here.

Not only was I excited to interview a first-time author who was finding success in publishing, but I became even more excited when I finally read the book. It was a wildly entertaining political thriller, not a genre I have really ever read but an easy read and an enjoyable ride. I thought at the time that this is really like a movie, but I actually prefer that I'm reading it and not watching it.

The story centres around Jack Emery, a Pultzer prize-winning Australian journalist living in USA. He works for EMCorp, the most powerful media organisation in the world. A corrupt terrorist organisation called The Foundation For a New America starts a war in Taiwan through terrorist attacks and political blackmail. EMCorp becomes a major part of this group's plan to overtake US congress and it's not long before Jack is personally affected by the ensuing chaos.

The Foundation includes all the good elements of a political thriller: conspiracy, corruption, double-crossing, and dirty-dealing. Vincent likes to blow shit up, ensuring maximum engagement with the reader. He also isn't afraid to put his characters through physical and mental trauma, which provides some of the most satisfying, and I mean that in a narrative sense, moments of the story.

This is an impressive debut novel, tight and well paced, and a true page-turner. So much so that I read the last third in one sitting. 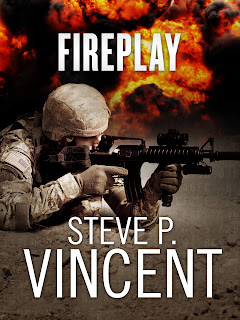 In anticipation of The Foundation's sequel, Vincent released a prequel novella, titled Fireplay, back in May. And because he's such a cool dude, it's a freebie.

It follows Jack on a trip to Afghanistan, penning a story that ultimately wins him the Pulitzer prize. Explosions ensue, and what's even more explosive is what he uncovers at a US military base.

This prequel establishes Jack's character well, with the weight of his experiences here giving some insight into his alienation and alcoholism in The Foundation.

A lot of fun and an easy read. I read it in about an hour over coffees at my local cafe.